Saaremaa Municipality council and government form a local self-government that is leading and directing local development, including compilation of the local development plan and local spatial plans. The economy in Saaremaa Municipality is characterised by drawing on the local raw materials and clean nature. Agricultural sector consists of dairy and beef cattle, sheep and maintenance of landscapes. Tourism entrepreneurs offer wide selection of services and activities.

The area of Saaremaa municipality is 2712 km². Because of its mild maritime climate and a variety of soils, Saaremaa has a rich flora, illustrated by the fact that 80% of the plant species found in Estonia are represented here. Altogether 1200 species of vascular plants can be found in Saaremaa of which about 120 are under protection (including 35 species of wild orchids). Over 40% of Saaremaa is covered with forests – mostly mixed forests but in some areas also broad-leaved (deciduous) forests, which are relict plant communities of former milder climatic periods. The coastal landscape includes coastal lakes and lagoons, alvars, wooded meadows and coastal meadows. Besides Viidumae Nature Reserve (focused on protection of diversity of flora) and Vilsandi National Park (dedicated to protection of birds, seals and coastal landscape), there are over two hundred single nature objects under protection – parks, high cliffs, large trees, erratic boulders and unique marshy lowlands. 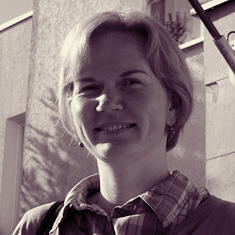