LIFE Viva Grass > All news > Active discussion about development of… 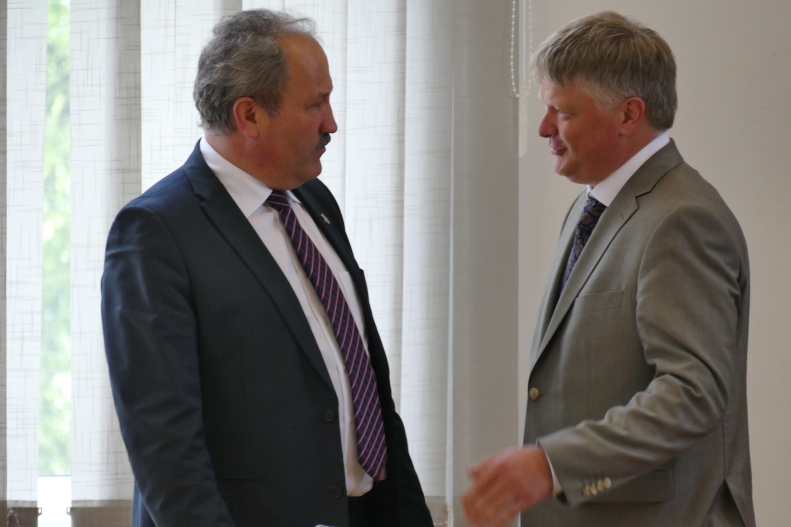 June 2, 2017 – more than 20 different stakeholders met for a discussion about nature tourism in Nemunas delta. The Minister of the Environment Kęstutis Navickas and the mayor of Šilutė district Vytautas Laurinaitis were among them. The name of the discussion “Development of nature tourism destination in Nemunas delta – claptrap or strategic direction of the region” and the presentation of project manager Žymantas Morkvėnas invited all participants to an active discussions.

The discussion was quite intensive and many opinions were spoken out. The municipality presented a big list of problems regarding tourism, financing, fishing, channel cleaning and infrastructure development. However, since the discussion was intended for nature tourism destination area development, the main problems they see were lack of funds for building more infrastructure for tourism purposes. These statements, however, were argued by nature tourism experts as they see infrastructure only as one of the problems and in this region birding tours can be organized without much of infrastructure. The experts see other problems, such as lack of marketing of the area, lack of English speaking nature guides, lack of bigger hotels with quality service and food, lack of cooperation. Most importantly, there is a lack of one coordinating institution, which would gather together all the stakeholders working on nature tourism in the region.

At the end of the discussion, it was agreed that the group of experts will gather together to generate proposals for nature tourism (particularly, ornithological tourism) development in Nemunas Delta region and later propose them to the municipality of Silute district.

See more pictures of the discussion