The capacity of an ecosystem to supply ES depends on the state of its structure, processes and functions determined by interactions with socio-economic systems (Maes et al., 2013). To understand factors and drivers determining ES supply requires study and understanding of underlying processes in ecosystem, because the change in ES supply is directly linked with the changes in ecosystems. A driver is any natural or human-induced factor that directly or indirectly causes a change in ecosystem. A direct driver clearly influences ecosystem processes, where indirect driver influences ecosystem processes through altering one or more direct drivers. MA categories of indirect drivers of change are demographic, economic, socio-political, scientific and technological, cultural and religious. Important direct drivers include climate change, land-use change, invasive species and agro-ecological changes. Collectively these factors influence the level of production and consumption of ecosystem services and the sustainability of production. Both economic growth and population growth lead to increased consumption of ecosystem services, although the harmful environmental impacts of any particular level of consumption depend on the efficiency of the technologies used in the production of the service. These factors interact in complex ways in different locations to change pressures on ecosystems and uses of ecosystem services. Driving forces are almost always multiple and interactive, so that a one-to-one linkage between particular driving forces and particular changes in ecosystems rarely exists. Even so, changes in any one of these indirect drivers generally result in changes in ecosystems. The causal linkage is almost always highly mediated by other factors, thereby complicating statements of causality or attempts to establish the proportionality of various contributors to changes.

Main economic drivers are consumption, production and globalization. Consumption could be expressed as market fluctuations, where changes in demand/prices for certain products (i.e. energy crops) or closure of certain markets (decrease in milk industry) directly drive land use change (i.e. pastures turn into arable land).  Taxes and subsidies are important indirect drivers of ecosystem change. Fertilizer taxes or taxes on excess nutrients, for example, provide an incentive to increase the efficiency of the use of fertilizer applied to crops and thereby reduce negative externalities. Currently, many subsidies substantially increase rates of resource consumption and increase negative externalities.

Socio-political drivers encompass the forces influencing decision-making and include the quantity of public participation in decision-making, the groups participating in public decision-making, the mechanisms of dispute resolution, the role of the state relative to the private sector, and levels of education and knowledge. Political drivers also express themselves in taxes and subsidies, applied to foster or depress certain land-use activities. Studies have shown that for instance joining to Common agricultural policy of new member states of EU have intensified agricultural land use (Nikodemus et al., 2010).  Other expressions of socio-political drivers are administrative division and management of territories, political “climate”, laws and restrictions, as well ownership structure.

Scientific drivers of change are connected with advancement in technologies and often occurring as intensification of production and land management. The development and diffusion of scientific knowledge and technologies that exploit that knowledge has profound implications for ecological systems and human well-being. The impact of science and technology on ecosystem services is most evident in the case of food production. Much of the increase in agricultural output over the past 40 years has come from an increase in yields per hectare rather than an expansion of area under cultivation (MA). At the same time, technological advances can also lead to the degradation of ecosystem services, for instance, the development of infrastructure is considered as important driver to degrade ecosystems over which this infrastructure is created.

To understand culture as a driver of ecosystem change, it is most useful to think of it as the values, beliefs, and norms that a group of people share. In this sense, culture conditions individuals’ perceptions of the world, influences what they consider important, and suggests what courses of action are appropriate and inappropriate (MA). Cultural drivers are traditions, “public opinion”, mentality, education level, involvement in community. Rural lifestyle in form of subsidiary farming is an example sustaining outdated land management practices. “Public opinion” towards certain land management practices (i.e. controlled burning) could limit the management of ecosystems dependent on occasional fire.

Land cover/land-use change is one of the most important drivers of ecosystem and ecosystem service supply change. For terrestrial ecosystems, the most important direct drivers of change in ecosystem services in the past 50 years, in the aggregate, have been land cover change (in particular, conversion to cropland) and the application of new technologies (which have contributed significantly to the increased supply of services such as food, timber, and fiber). Semi-natural grasslands are one of the most threatened ecosystems, that are highly dependent on certain management practices – low cattle density grazing or late mowing. As lot of semi-natural grasslands are found on low soil fertility, where any other agricultural land use is out of margins of economic viability, these grasslands are subjugated to abandonment.

Climate change is direct driver of ecosystem change which deservedly have had great attention. Climate change in the past century has already had a measurable impact on ecosystems. Earth’s climate system has changed since the preindustrial era, in part due to human activities, and it is projected to continue to change throughout the twenty-first century. During the last 100 years, the global mean surface temperature has increased by about 0.6° C, precipitation patterns have changed spatially and temporally, and global average sea level rose by 0.1-0.2 meters. Observed changes in climate, especially warmer regional temperatures, have already affected biological systems in many parts of the world. There have been changes in species distributions, population sizes, and the timing of reproduction or migration events, as well as an increase in the frequency of pest and disease outbreaks, especially in forested systems. The growing season in Europe has lengthened over the last 30 years.

Change in agro-ecological conditions directly influences ES supply and could be human induced and natural. Agro-ecological conditions are considered for managed agro/forest ecosystems and are expressed as combination of soil (humidity, acidity, stoniness), landform (slope, aspect) and climatic (microclimate) characteristics. Some of these characteristics are relatively static, others are more variable. These changes could be both sudden – as in clear-cut or forest fire or could be expressed more gradually – for instance, loosing soil carbon because of ploughing or aggregating soil carbon due to the succession. Land amelioration (drainage, irrigation, liming, removing micro-relief, nutrient loading etc.) during second half of 20thcentury in its more drastic from – land reclamation – not only changed conditions but often completely destroyed entire ecosystems (wetlands, broad-leaf forests). Over the past four decades, excessive nutrient loading has emerged as one of the most important direct drivers of ecosystem change in terrestrial, freshwater, and marine ecosystems. (See table 4.1.) While the introduction of nutrients into ecosystems can have both beneficial effects (such as increased crop productivity) and adverse effects (such as eutrophication of inland and coastal waters), the beneficial effects will eventually reach a plateau as more nutrients are added (that is, additional inputs will not lead to further increases in crop yield) while the harmful effects will continue to grow. Extending a field (often a basic spatial unit of agro-ecosystem) size is another widespread change of agro-ecological conditions that impacts supply potential of ES.

Introduction of alien species – species outside their normal distribution, have been both deliberate and non-intentional. Invasive alien species spread and change ecosystems and habitats, thus impacting wide range of ES, for instance, spread of Giant Hogweed, once introduced as fodder crop, have spread occupying farmland, river banks and even forests, degrading biodiversity and aesthetical value. 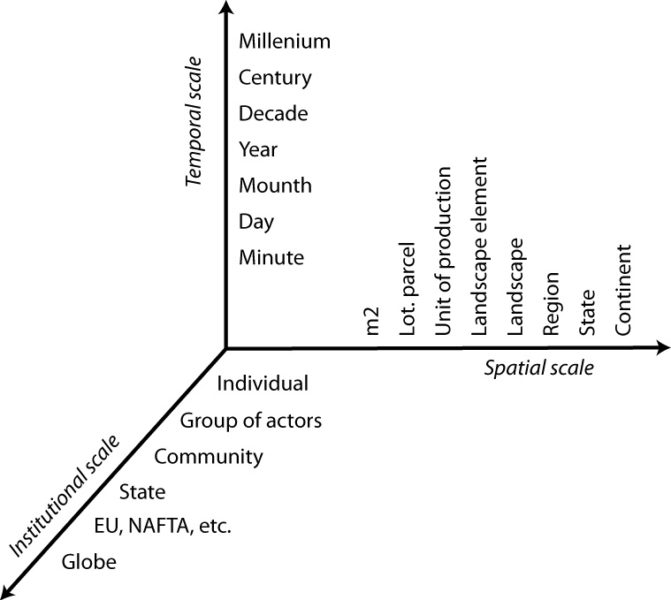 Every study requires appropriate scale of investigation, but this does not mean that other levels of scale can be ignored (Bürgi et al., 2004). For instance, climate change operates on global or continental spatial scale, Political change operates at spatial scale of political body – from municipality to state. Socio-cultural change typically occurs slowly, on a time scale of decades (although abrupt changes can sometimes occur, as in the case of wars or political regime changes), while economic changes tend to occur more rapidly. As a result of this spatial and temporal dependence of drivers, the forces that appear to be most significant at a particular location and time may not be the most significant over larger (or smaller) regions or time scales (MA). 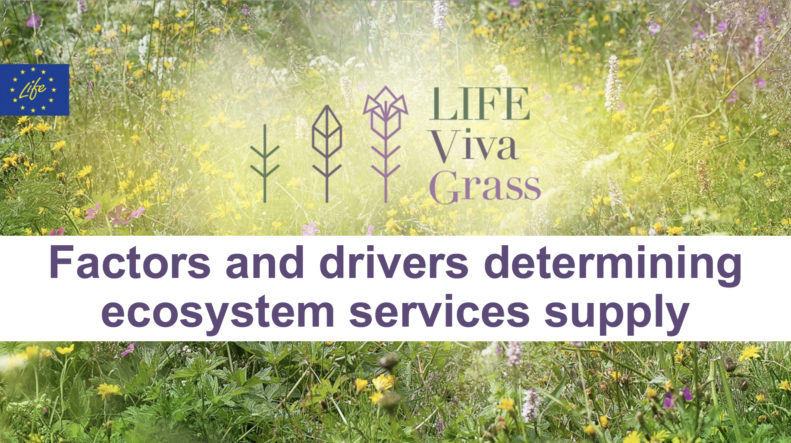 The project “Integrated planning tool to ensure viability of grasslands” (LIFE Viva Grass) No. LIFE13 ENV/LT/000189 is co-financed by the EU LIFE+ Programme, Ministry of Environment of the Republic of Lithuania, Administration of Latvian Environmental Protection Fund, Estonian Environmental Investment Centre and the project partners.
© 2023